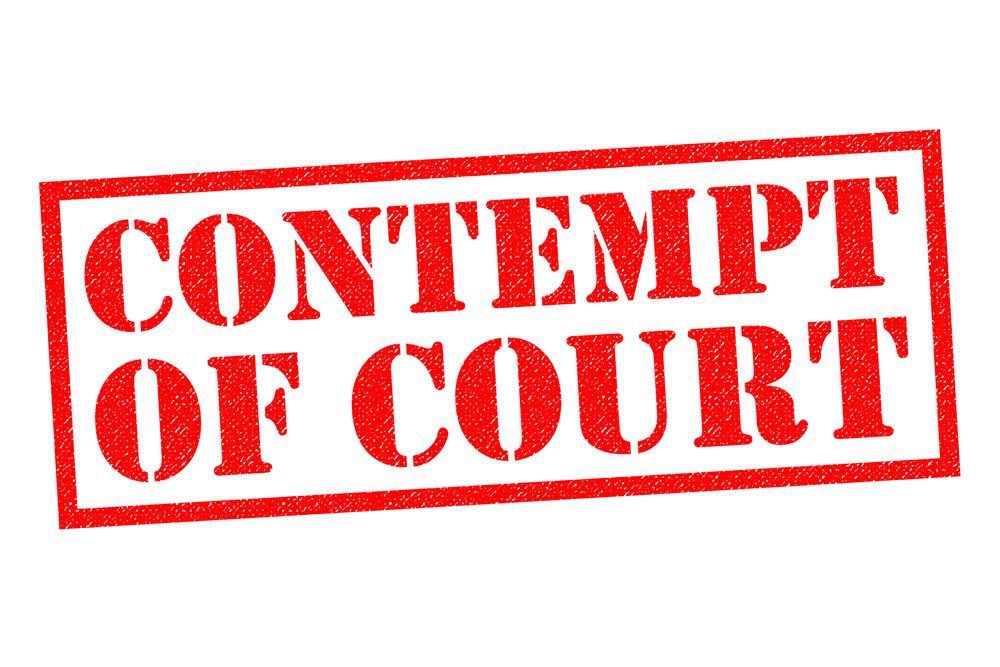 Once a case has come to its end and a Final Judgment has been entered, there are certain Orders put in place by the Court. Many times, one or both parties will not fully comply with the Order(s). Some of these Orders may direct a party to pay a certain amount of child support or alimony, set a certain child timesharing schedule, or put someone in control of a home mortgage. If one of the parties is not complying with the Court’s Order(s), that party can be found in contempt of court.

When one party suspects the other of contempt, they will have to file a motion with the Court asking for it to be reinforced. Generally a hearing on the Motion for Contempt must be held in order for the Judge to hear both sides of the story and come to a decision.

If you find yourself involved in a contempt issue, whether you are the one in contempt, or whether you would like to pursue a contempt action against someone else, Contact the experienced men’s divorce attorneys at Men’s Divorce Law Firm to set up an initial consultation.

What happens in contempt of court for child support?

Failure to obey a court order is called contempt of court. If you owe unpaid child support, the other parent can ask for a hearing before a judge and ask that you be held in contempt of court. … If you attend the hearing, the judge can still throw you in jail for violating the order to pay the support.

What is a citation of contempt?

When someone files a contempt citation against you, it means they are asking the Judge to punish you because they believe you have violated a court order.

Is contempt of court a misdemeanor or a felony?

Contempt of Court is also available in the criminal justice system. … 588.20, there is both felony and misdemeanor contempt of court. A felony contempt of court occurs when a subpoenaed party “knowingly and willfully” disobeys a subpoena in a crime of violence case (e.g. domestic assault cases)