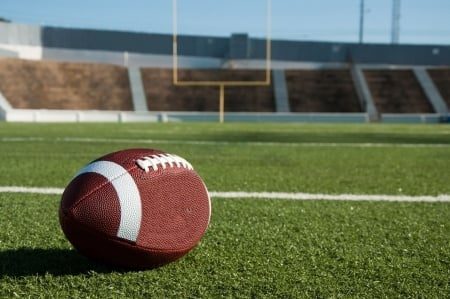 If you think your Valentine’s Day was a bummer this year, Terrell Davis’s story might make you feel better. According to TMZ, the former NFL pro was served with divorce papers from his wife just three days before the holiday celebrating love.

Tamiko Nash, the 2005 Miss California beauty pageant winner and a former Price is Right model, cited “irreconcilable differences” as the reason for terminating their five-year marriage. She filed the paperwork in the Los Angeles County Superior Court.

The couple has three children together, ages 5, 2 and 1 years of age. Tamiko is seeking joint legal and physical custody. She is also seeking an award of alimony.

Terell was a running back for the Denver Broncos from 1995 – 2001. He holds the status of being the Broncos’ all-time leading rusher, with 7,607 rushing yards. His fellow players gave him the nickname of “T.D.” which stood not only for the initials of his name, but also as the abbreviation for touchdown. Fans and the media soon caught-on and called him by his nickname as well.

We will continue to monitor the Terell Davis and Tamiko Nash divorce. If you are facing divorce or you have other family law needs, our legal team is here to help. Contact the Men’s Divorce Law Firm to schedule a consultation with a caring professional, and aggressive advocate for men’s rights in divorce, child timesharing (custody), and paternity matters.