The Most Surprising Celebrity Divorces of 2017 - Men's Divorce Law

The Most Surprising Celebrity Divorces of 2017

In Hollywood, it seems that a new couple is announcing divorce almost daily. 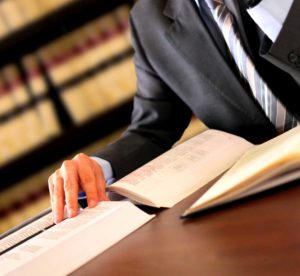 In Hollywood, it seems that a new couple is announcing divorce almost daily. Though we’ve become accustomed to the drama of Hollywood romance, even Jeffrey Feulner, Orlando divorce lawyer, was surprised by some of these cases. Learn about some of the most unexpected splits of 2017.

This stalwart couple of Hollywood, referred to as “Brangelina” by fans and the media, shocked the world when they announced late last year that the marriage was ending because of serious parental differences. The pair have three biological children, while Jolie adopted three other children.

Pitt got dragged through the press; Jeffrey Feulner, a men’s divorce lawyer, is proactive when dealing with divorces involving known participants.

After eight years of marriage and one son, Jack, the couple announced via Facebook that they had decided to divorce. They met on the “Take Me Home Tonight” set in 2007, and many viewed them one of Hollywood’s most down-to-earth couples.

This couple, who got together in 2000, announced in May the marriage was ending. They have two children, Ella (15) and Quinlen (12), whom they will jointly raise.

In early April of this year, La La moved out of the couple’s home and moved into her own place in New York City. They started dating in 2004, married in 2010, and had one child.

This pair married in 2006 and brought two boys into the world, Indiana and Atticus. Summer filed divorce papers in July.

The former Friends star and the British artist and photographer married in 2010 and gave birth to one child together. In April, the couple announced their separation.

After meeting in 2004, this couple spent the next 13 years together, including getting married in 2009. They had one son, Axl, who is now four years old.

This pair secretly married in 2012, and she gave birth to a child in January of 2017. They agreed to separate, but not divorce, in April.

Though many of these cases were amicable, advice from Jeffrey Feulner, domestic violence and divorce attorney, can ease the burden of any dissolution.