Two Fathers Who Fought for Equality in Divorce

Divorce isn’t always fair to men, especially when it comes to custody. That’s why Orlando divorce lawyer Jeffrey Feulner, a men’s divorce lawyer, has dedicated his practice to helping them. 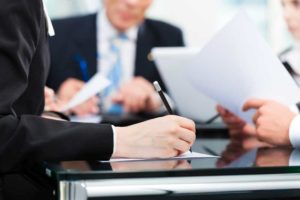 Divorce isn’t always fair to men, especially when it comes to custody. That’s why Orlando divorce lawyer Jeffrey Feulner, a men’s divorce lawyer, has dedicated his practice to helping them. There are a few famous cases, however, in which the man prevailed, paving the way for fairer settlements in divorce. Learn about a few of the most famous men to do this, and stay the course if you are concerned about custody during a divorce.

1. Jason Patric
The actor made famous by his role in the films, The Lost Boys and Rush, among others, want to make more waves, this time in the courtroom as a father of a non-traditionally conceived child. Patric and his former girlfriend, who is also the mother of his child, Danielle Schreiber, conceived Gus, the child in question, using in-vitro fertilization. During a controversial legal battle, Schreiber maintained that Patric gave up all parental rights as a condition of his donation. Patric sees things differently, stating he never gave up his rights in a legal manner. For him, this fight was bigger than just his case. He saw the situation as an opportunity to give sperm-donor fathers the right to maintain parental rights outside of legal agreements or anonymous donations. In 2014, the courts agreed that Patric still had parental rights – thought it took the reversal of a lower court’s decision.

Bode Miller met Sara McKenna through an online dating site, and, just before their short dating relationship ended, she became pregnant. She moved to New York, while Miller married someone else. When he did this, he filed for custody of the child McKenna later gave birth to in New York; he wanted to be involved with the raising of his son. California awarded him full custody, and a judge in New York agreed, forcing McKenna to send the baby to Miller. Later, New York ruled on appeal that the custody must be decided in the state owing to where the child was actually born, but California courts refused to release their rights to the case, placing the mother, the father, and the child in this unusual dilemma. The two eventually reached a settlement.

These cases present unique circumstances in which fathers who want to be involved are facing legal challenges, and each makes sense to someone who understands the complications of divorce for men, like Jeffrey Feulner. Domestic violence, custody battles, or amicable divorces – he has seen them all.

Both these cases have the potential to blaze a new trail for future fathers confronted with similar custody fights. The underlying lesson to take away from these cases is to document everything regarding your future child so you can avoid similar problems. Jeffrey Feulner, Orlando divorce lawyer, specializes in defending men’s rights in divorce proceedings.