The 5th District Court of Appeals in Daytona Beach recently ruled partially in favor of a man who raised concerns about Florida alimony payments and loans in a divorce case. Charmaine Little reports for Florida Record. 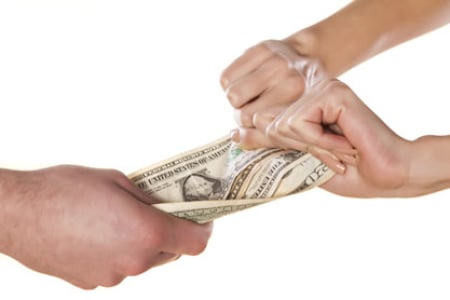 The 5th District Court of Appeals in Daytona Beach recently ruled partially in favor of a man who raised concerns about Florida alimony payments and loans in a divorce case. Charmaine Little reports for Florida Record.

Matthew Wayne appealed the judgment of the Circuit Court of Brevard County for himself and his estranged wife, Susan Einspar. Wayne had several concerns about how the circuit court ruled.

According to the motion filed in April, “Wayne has raised ten issues, contending that the trial court erred in: 1) distributing certain assets and debts between the parties, including their son’s school and automobile loans; 2) failing to credit Wayne for temporary alimony payments made to Einspar between August 2011 and April 2 2013; 3) awarding retroactive alimony to Einspar; 4) awarding permanent alimony to Einspar; 5) determining the amount of permanent alimony; 6) placing undue emphasis on the “lifestyle” factor in determining the amount of permanent alimony; 7) declining to impute income to Einspar; 8) calculating Wayne’s net monthly income; 9) requiring Wayne to carry a life insurance policy with Einspar as the beneficiary to secure his alimony obligation; and 10) excessively delaying the entry of the final judgment following the conclusion of trial.”

Both parties agreed that Einspar and the son cosigned on the car while Wayne took responsibility for the student loans, according to court records. The appeals court said it’s not certain how many temporary alimony payments were made, as well as the amounts for the months in question.

Other issues Wayne addressed in the appeals court included ordering Einspar to be the beneficiary in Wayne’s life insurance policy, how his net income will be calculated and “excessively delaying” the final judgment after the trial ended.

Considering all of these potential issues, Einspar took legal action and filed two cross-appeals suggesting that the trial court was incorrect when it came to “awarding credits to Wayne for payments he made towards the parties’ property after the petition for dissolution of marriage was filed” and “including a particular promissory note in equitable distribution.”

The appeals court decided to reverse and remanded the circuit court’s decision for the loans and temporary Florida alimony payments so the details can be determined.

No one receives an award of spousal support absent a demonstrated need, no matter the income of the other party. Likewise, there is often need on the part of one spouse for additional income to cover monthly expenses, but no ability to pay on the part of the other spouse. Both elements must be met before an award is made. Additionally, it is not the parties who determine their need, or their ability to pay, but rather the law that defines the critical elements of need, income, ability, duration, etc. The application of the law of alimony begins with a Florida Statute. The facts of an individual case are applied to each of these economic factors:

Case law is then applied to further define the meaning and intent of each of the factors, specifically, how the court has previously ruled on a given set of facts and circumstances.

Duration of the marriage. There is no bright line rule as to how long a marriage must be before a court will award alimony. There is a legal “presumption” in favor of permanent alimony following a long-term marriage. Long-term is not clearly defined, but is more often than not, in excess of fifteen years. This factor alone is not determinative, and long-term marriage does not insure permanent alimony or any alimony at all. The economic factors must be considered as a whole.

Income available to the parties. Note the law does not state, the parties actual income. Income can be imputed, or attributed, to a spouse based on prior earnings, potential earning, continuous gifts from third parties or family members, or any variety of sources. Imputation of income plays a significant role in both the need and ability to pay analyses.